The amount of land the federal government officially recognized as Native American land under tribal jurisdiction changed in the blink of an eye from 55 million acres (just 2% of all land in the United States) to 75 million acres. On July 9, 2020, the Supreme Court of the United States issued an incredible win in McGirt v. Oklahoma to Native Americans whose land has been continuously diminished over the last two hundred years.

As Justice Gorsuch recognized, this case quickly became two-fold. The issue of the case centered around a man named Jimcy McGirt; the case appeared before the Court as Mr. McGirt appealed a criminal conviction from the Oklahoma state courts. The case quickly transformed into something much greater: Who owns the large portion of land in northeastern Oklahoma? The United States or the Creek Nation? As the Court decided, the land belongs (and has belonged) to the Creek Nation since 1832.

This issue first appeared in Murphy v. Royal in 2017. 876 F.3d 896 (10th Cir. 2017). There, a man named Murphy was accused of killing another man in Oklahoma. He was tried and convicted in the Oklahoma state courts and was sentenced to death. Id. at 904-05. Though it proceeded through a complicated appeal, it ended up in the Tenth Circuit Court of Appeals discussing one issue: did the Oklahoma state courts have jurisdiction over the case? Id. at 911. Mr. Murphy’s argument was, essentially, that because the crime occurred on land that belonged to Creek Nation (as a part of the Creek Reservation), only federal courts maintained jurisdiction over the case; the state courts never had jurisdiction over his case at all. Though the Tenth Circuit agreed with Mr. Murphy, the case was then appealed up to the Supreme Court of the United States where it remained without an opinion for two years.

END_OF_DOCUMENT_TOKEN_TO_BE_REPLACED

I read numerous judicial opinions. I’ve read thousands (really, thousands). But sometimes an opinion stops me in my tracks, and I have to read it over again because I know it’s a ripple in the sea of judicial restraint. These ripples are few and far between. These ripples are a little blip. But they are a blip that is meant to grow and catch a wave, turning into or joining a tsunami of change. And that is what I found in Estate of Jones v. The City of Martinsburg, et al., Cause No. 18-2142 (4th Cir. Jun. 10, 2020).

In 2013, Mr. Wayne Jones, a black man experiencing homelessness was walking on the sidewalk when he was stopped by law enforcement. Immediately, the encounter escalated and never stopped. By the end of this encounter, Mr. Jones would be dead: “Armed only with a knife tucked into his sleeve, [Mr. Jones] was tased four times, hit in the brachial plexus, kicked, and placed in a choke hold. In his final moments, he lay on the ground between a stone wall and a wall of five police officers, who collectively fired 22 bullets.” A police officer asked him whether had a weapon. Jones asked what a weapon was. He was told, by the officer, a list of examples (knife, gun, etc.). Mr. Jones answered he might have “something.” He did. A small blade tucked in his right sleeve.

END_OF_DOCUMENT_TOKEN_TO_BE_REPLACED 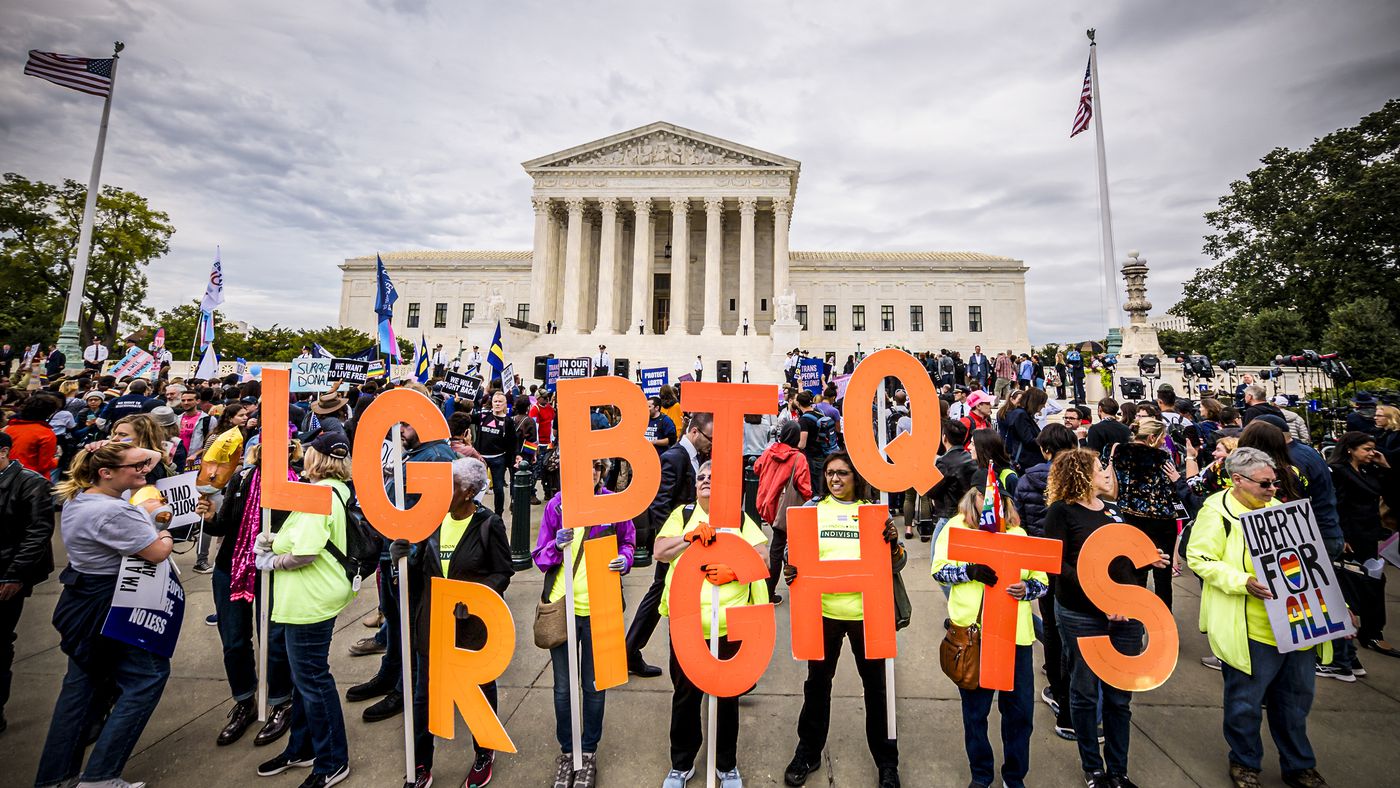 END_OF_DOCUMENT_TOKEN_TO_BE_REPLACED

Cops give a damn about a negro

Pull the trigger, kill a nigga, he’s a hero

END_OF_DOCUMENT_TOKEN_TO_BE_REPLACED

While prisons are designed to further purposes of deterrence and retribution, do those aims come with an unfettered right to abuse incarcerated individuals?

Ultimately, Americans—by and through the casting of thei

r ballots—must decide whether the conviction of a crime, putting aside the heinousness of felony offenses generally, warrants an extraneous, additional punishment to include prolonged physical and psychological suffering.  Does the Eighth Amendment allow for carte blanche treatment of inmates?  Because of an adjudication of guilt, are prisoners properly cast into dark holes without recourse from our Constitution? I think not.

END_OF_DOCUMENT_TOKEN_TO_BE_REPLACED

On July 10, 1890, Wyoming’s statehood was granted and it became the 44th state of the U.S.Decades and decades later, in January 2014, Clayvin Herrera of the Crow Tribe of Indians pursued a pack of elk outside his tribe’s reservation in Montana , and was led into Wyoming’s Bighorn National Forest. This hunt led to him being fined, receiving a suspended jail sentence, and having his hunting privileges suspended for three years.

When the decision was upheld by a state appellate court and then passed over by the Wyoming Supreme Court, Herrera asked the Supreme Court for review. The question at issue was, when Wyoming became a state, did the Crow Tribe members’ right to hunt outside the bounds of their state lines cease to exist? Herrera contended that his rights under an 1868 treaty between the tribe and federal government weren’t cut off when Wyoming achieved statehood, because, as the court came to find, the Wyoming Statehood Act did not negate the Crow Tribe’s hunting rights nor did the 1868 treaty expire at that time. Herrera also argued that the creation of the Bighorn National Forest actually reinforced the Tribe’s hunting rights by prohibiting settlement on that land. Understandably, Herrera expressed concern that his tribe was not the only one affected by the Wyoming court’s ruling.

The State of Wyoming argued that Herrera’s conviction should stand because Wyoming becoming a state abolished his tribe’s off-reservation hunting rights.

END_OF_DOCUMENT_TOKEN_TO_BE_REPLACED

“All New Yorkers, regardless of income, race, religion or immigration status, should have the opportunity to use the court system to advocate for themselves and their interests.”

The first of its kind in the country, the New York State Office of Court Administration issued a directive Wednesday April 17th, 2019, barring U.S. Immigration and Customs Enforcement (ICE) officers from arresting immigrants at state courthouses without a warrant signed by a federal judge. In addition to the judicial warrant (as opposed to an administrative warrant), judges must now be informed of ICE’s presence within the courthouses so that they can review and sign the warrant prior to an individual’s detention.

END_OF_DOCUMENT_TOKEN_TO_BE_REPLACED

The archaic practice of isolating humans for days, weeks, months, and even years is an ongoing practice in prisons across the United States. Unsurprisingly, locking up juveniles alone can cause severe mental health issues in their developing minds.

The Depraved Conduct of U.S. Prisons

The country responded in shock and awe when, in 2018, headlines revealed that a Californian couple kept 13 siblings shackled and captive in their home. Fed rarely, beaten often, and prohibited from contact with the outer world, the prosecutor on the case noted, “this is severe, emotional, physical abuse. … This is depraved conduct.” So why is the same treatment inside the walls of a detention facility considered less abusive? Juveniles in solitary confinement are routinely denied nearly all human contact, education, and mental health treatment. Instead, they are left alone, deprived of sight and sound in a cement cell.

END_OF_DOCUMENT_TOKEN_TO_BE_REPLACED

Two of the most fundamental rights from the U.S. Constitution are the right to due process and the right to be free from false arrest. Anyone who has taken a basic Civics class knows that every person in America has the right to be heard before deprivation of their life, liberty, or property. Contrary to those fundamental principles, NDH Lawyers’ most recent case is one where those two rights were stripped from a student at Virginia Tech University. His name is Yunsong “Bellamy” Zhao. Bellamy was arrested unlawfully by the Virginia Tech police and then expelled from the university without an opportunity for due process.

Bellamy is arrested based on false evidence, according to the Complaint

Bellamy came to the U.S. from China on a student visa to study at Virginia Tech in 2017. He was 19 when he arrived and started college. He spent his 20th birthday in jail. Always having a fascination with America, he taught himself English by watching movies. He became interested in American law enforcement and gun culture. Once he moved to Virginia, he bought a used police car from a dealership in Roanoke; he thought it was cool to cruise in his blue and silver Crown Victoria. He got a good deal on the car too.

END_OF_DOCUMENT_TOKEN_TO_BE_REPLACED

“[T]he [UN] Committee [Against Torture] remains concerned about reports of extensive use of solitary confinement and other forms of isolation in US prisons, jails and other detention centres for purposes of punishment, discipline and protection, as well as for health-related reasons. It also notes the lack of relevant statistical information available. Furthermore, it is concerned about the use of solitary confinement for indefinite periods of time, and its use against juveniles and individuals with mental disabilities. The full isolation for 22-23 hours a day in super-maximum security prisons is unacceptable.”

Research has shown that long periods of isolation can affect mental health. A prominent expert in this area, Professor Stuart Grassain, explains that “incarceration in solitary caused either severe exacerbation or recurrence of preexisting illness, or the appearance of an acute mental illness in individuals who had previously been free of any such illness.” He continues, noting the long term effects of solitary confinement that last for years after the period of isolation; these symptoms can include “persistent symptoms of post-traumatic stress (such as flashbacks, chronic hypervigilance, and a pervasive sense of hopelessness), but also lasting personality changes—especially including a continuing pattern of intolerance of social interaction, leaving the individual socially impoverished and withdrawn, subtly angry and fearful when forced into social interaction.” Thus, periods in solitary confinement can create new symptoms of mental illnesses, even if the prisoner has never had any mental health issues. If the prisoner has previously suffered from a mental illness, solitary confinement will only make that mental illness worse. That is especially dangerous because prisoners are meant to rehabilitate, given the fact that most incarcerated human beings return to society once their sentence is finished. If prison is creating new mental illnesses and making those that already exist worse, how are inmates supposed to–effectively–reintegrate into society? The problem in our country is that, even though long stints in solitary can cause these types of mental health symptoms in prisoners with lasting effects, solitary confinement is not considered as cruel and unusual punishment–so it is not outright prohibited by the Eighth Amendment.